Feature Article: August 2020 – Commentary on the Use of Supplements

Commentary on the Use of Supplements

Although the scientific world claims for scientific articles, from a practical point of view there is nothing more relevant than clinical experience, that is, one which is acquired along years of work with patients. As a clinical nutrition practitioner, nutritional recommendations and dietary supplements are the basis of every prescribed treatment protocol. Regarding the use of supplements, in particular, I am very emphatic when I say: “You may live happy without them, but to overcome the inherent evolutionary-derived limitations introduced into the construction of the human body, most likely you need some”.

This conclusion has built itself up over a period of around fourteen years of work, since I started to understand the process of ageing as accumulation of molecular damage. It happened in 2005 when I came across an article by Paolo Giacomoni who was, at that time, the Executive Director of Clinique Laboratories, Melville, NY, USA. In his article, Ageing, science and the cosmetic industry [1], the molecular damage was associated mostly with inflammation, which is closely related to the ageing skin, his main topic of research. However, with a broader view on the process of ageing, we may also consider other biochemical processes, such as oxidation, glycation, sub- methylation and acidification, all of which are somehow linked in the functioning of our body. Therefore, at that time, I came up with a reasonable questioning: “If we know the damage that tends to accumulate as time passes by and if this damage can be measured and quantified [1], what can we do?” The answer seemed obvious: “Let’s control the damage closely”. Then I started to offer my patients a very straightforward approach which I call age management, that is, some parameters of damage are measured on a regular basis. Based on my own experience, that was established to be at every four months.

Also, there is a very particular detail to be considered: it is better to let these parameters within an optimal range, not only normal range. That is very important: optimal, not normal. For instance, although HbA1c (glycated haemoglobin) is “normal” under 5.7% (5.7 to 6.4% is considered risk area and 6.5% or above, diabetes), I aim to get the patient’s HbA1c levels withinthe 4.9-5.1%, range, that is, in an optimal, secure range, as recommended by Barry Sears, an American biochemist who developed the Zone Diet, an anti-inflammatory diet proposed for wellness and prolonged longevity. The ideal range corresponds to an estimated blood sugar level of 90-95 mg/dl and signalizes that low-level cellular inflammation is being controlled [2].

The point is: to effectively promote health and delay the process of ageing, I strongly believe that supplements are needed, what is also supported by the Applied Health span Engineering (AHE), “the science of maintaining health”. AHE was proposed by James Larrick and Andrew Mendelsohn. [2] seeks to maintain or restore optimal functional reserve of critical tissues. In their article [2], they suggested that nutritional supplementation and/or pharmacological interventions may partially overcome genetic limitations of metabolism by attenuating or stimulating key pathways. A minimal outcome of successful AHE will be to “square” the human health span curve (Figure 1). “If this approach is successful, more people will live to a healthy old age with a shorter period of morbidity before death”. For that, they consider strategical the use of supplements, such as resveratrol, curcumin, epigallocatechin gallate (EGCG), quercetin, vitamin K2, flax seed oil and fish oil. However, since 2010, when the article was published, we have moved forward on the use of supplements.

In 2017, Steindler et al. published an article on neuroregenerative nutrition [3] which emphasizes that a strong relation exists between brain regenerative medicine and nutrition. They claim that “nutritional intervention at key times of life could be used to not only maintain optimal functioning of regenerative units as humans age, but also play a primary role intherapeutic treatments to combat injury and diseases”. Also, in my own article, Dietary supplementation with procyanidin-rich Pinus pinaster extract is associated with attenuated Ehrlich tumor development in mice [4], multi-targeted dietary-based cancer prevention approaches with anti-inflammatory and antioxidant supplements are proposed to induce systemic protection against tumor development. In this context, considering that, as the body ages, the reparative process of its cells diminishes, most likely as a result of increased tissue inflammation [4], an anti-inflammatory diet and anti- inflammatory dietary supplements most likely play a key role in every strategy to delay the process of ageing. 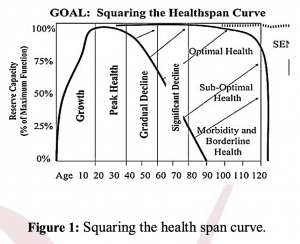 © The Author(s) 2019. This article is distributed under the terms of the Creative Commons Attribution 4.0 International License (http://creativecommons.org/licenses/by/4.0/), which permits unrestricted use, distribution, and reproduction in any medium, provided you give appropriate credit to the original author(s) and the source, provide a link to the Creative Commons license, and indicate if changes were made. The Creative Commons Public Domain Dedication waiver (http://creativecommons.org/ publicdomain/zero/1.0/) applies to the data made available in this article, unless otherwise stated.

Return to the August e-Journal