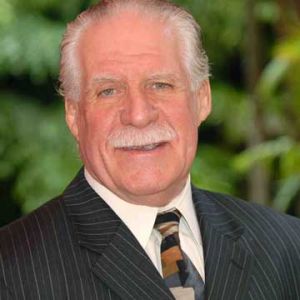 Dr. Robert Willix, Jr., a beloved and respected pioneer in the field of Age Management Medicine, passed away suddenly on February 27, 2020 in Palm Beach Gardens, Florida.

Dr. Willix graduated from Seton Hall Prep in 1959, received his undergraduate degree in Biology from Boston College in 1963 and then his Masters in Biology from Seton Hall University. Dr. Willix was registered in an MD/PhD program at the University of Missouri in Columbia from 1964 to 1969, where he completed his medical degree and went on to the University of Michigan in Ann Arbor for his Straight Surgical Internship and his residency in General and Cardiovascular Surgery training in 1975. He was the first Board Certified Thoracic and Cardiovascular Surgeon in the State of South Dakota. He served as Associate Professor in Surgery at the University of South Dakota Medical School and pioneered the first Open Heart Surgical Program in that state. He completed his studies as Maharishi Ayur-Veda Physician in 1994, and completed Shamanic Training Inka Tradition in 2004.

Dr. Willix was recruited to serve as director of the Cardiac Rehabilitation and Human Performance program in Florida for the North Broward Hospital District. In 1981 he left Cardiovascular Surgery, turned his focus to prevention, and began a career in Integrative Medicine that spanned nearly 40 years. With a passion for integrative healing, Dr. Willix traveled the world to study acupuncture, Ayurveda Medicine, and the healing ways of Shamanism. He was one of 300 physicians in the United States trained in Pulse Diagnosis and Ayurvedic Medicine, and he learned a specialized form of acupuncture from world-famous Qi Gong Master, Master Fu. He was Founder and Director of the Willix Health Institute, dedicated to preventive and sports medicine. He was a former team leader for the U.S. Olympic Committee. A member of the Board of the Age Management Medicine Group, and member of TEC—Chief Executives Working Together, Dr. Willix was dedicated to changing the paradigm of medicine from a disease-oriented to health oriented system. Dr. Willix became certified in Age Management Medicine, AMA/PRA Level 4 Classification, Parts 1 & 2 in 1997.

Dr. Willix was CEO/Founder of Enlightened Living Medicine in Boca Raton, Florida and the Chief Medical Officer and former Director of Energy Medicine/CMO at the world-famous Hippocrates Health Institute in Palm Beach, Florida, one of the largest and first programs in the world teaching that lifestyle and plant-based nutrition prevents disease and improves the immune system by combating inflammation. He was also CMO of LiquiVida Lounge, a company devoted to teaching people that they control their own health destiny.

Dr. Willix authored 15 books and hundreds of newsletters and had traveled around the country as a sought-after speaker and leader in the field of nutrition, sports and preventive medicine. He was a member of several organizations with a focus on innovative medicine and has been a recipient of various awards in Preventative and Age Management Medicine. While in private practice Dr. Willix was awarded the Kaul Foundation Award for Excellence for his international newsletter Health and Longevity as well outstanding achievement as a medical doctor in the field of Preventive Medicine. He also received the Alan P. Mintz, M.D. Award for Clinical Excellence in Age Management Medicine, presented to Dr. Willix for representing the vision of Dr. Mintz for superior patient care, healthy living, quality of life and entrepreneurship. The Award was presented on Friday, November 6, 2009 at the Age Management Medicine Conference in Las Vegas, Nevada.

Dr. Willix is considered one of the founders of the Age Management Medicine movement. He was the former Chief Medical Officer (CMO) of Cenegenics Medical Institute. Dr. Willix was among the initial members of the Age Management Medicine Group and a member of the first AMMG Conference Planning Committee. He was dedicated to changing the paradigm of medicine from a disease-oriented system to a proactive, preventive health approach. Dr. Willix presented regularly at AMMG conferences, making his last appearance one year ago in Miami, where his topic was, “Single Nucleotide Polymorphisms (SNPs) and Peptides Unlock a New Paradigm for Health.”

Dr. Michale “Mickey” Barber, of Better Life Carolinas, said of Dr. Willix, “Dr. Bob Willix was probably the most unique physician and human being I have ever known. We met almost twenty years ago when both of us were beginning our age management journey as Cenegenics physicians. Over the years, we experienced many ups and downs personally and professionally and had many conversations peppered with spirited discussions, laughs, disagreements, hugs and tears.

“Bob was a brilliant mind wrapped up in beautiful shirts, one of a kind cowboy boots and a bigger than life personality. Bob would always take the road less well traveled and wore his uniqueness with pride. He was almost always convinced that ‘his way’ was the ‘only way’, and we all knew this and loved that he was so passionate about his beliefs.

“He began his career as one of the first cardiac surgeons in the country and saved many lives, eventually moving on to a more proactive, preventative approach through age management medicine, saving more lives along the way. He was not only a conventionally trained doctor, he was also an energy healer who managed to combine both disciplines. Few people know that when my sister was gravely ill, Bob rode his motorcycle to South Carolina in a driving rainstorm, over Thanksgiving weekend to meet with Marta and me in a hotel room to administer spiritual healing to my beloved sister. I knew then, as I have always known, that Bob was a unique friend and physician.

Said Dr. Paul Thompson, of The Thompson Clinic in Fort Worth, Texas, said, “There are several people that have influenced my transition in to the field of Age Management Medicine—Dr. Mickey Barber, Dr. Jeff Life—but none more greatly than Bob Willix. When we first met he was loud, opinionated, cocky and I would later realize, usually right. He dragged me into epigenetics, heart and stroke prevention, microbiome and, yes, meditation. As we transitioned into solo practice we spoke often and he always asked if I was okay. He would reassure me, stressing that we were on the right track.

“Having just finished his latest book in preparation for a pod-cast, I sent a text stating how much I learned and that I had some exciting ideas about sharing this with the public. He replied that he was out of the country and would call upon his return. That was my last message.

“I met a loud, strong, boisterous man and came to know a dear, loving friend. We talked about our moms and how we still spoke with them, about life and being satisfied. I miss him greatly… and as his dad said, ‘I’ll pick it up, Bobby’.”

Dr. Willix was an avid athlete, a status he maintained after completing fourteen marathons, over 50 triathlons and the prestigious IRONMAN WORLD GAHMSPIONSHIP in Kona, Hawaii. His final book, “The Rejuvenation Solution: Age in Reverse—7 Proven Medical Breakthroughs That Prevent Disease and Make You Feel Years Younger,” was published last year.

Due to the Coronavirus, the family will hold a Celebration of Life Service for Dr. Willix at a later date.

In lieu of flowers, the family would appreciate donations being sent to First Care Women’s Clinic, who help women facing crisis pregnancies at: https://firstcareforlife.com/get-involved/donate/general-credit-card-donation/

Return to the March e-Journal