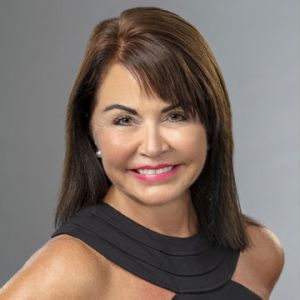 Kathy C. Maupin, M.D., has practiced Obstetrics & Gynecology for more than 30 years. Dr. Maupin had an innate interest in age management medicine, and was intrigued by bioidentical hormone replacement therapy long before she received it herself, in a last-ditch attempt to save her health, career, family life, and happiness following a hysterectomy at age 47, She credits hormone pellet therapy with saving her life. She continues to be a fierce advocate, leader and innovator.

“I have a personality quirk,” Dr. Maupin told the E-Journal. “If I can’t find an answer the traditional way, I’ll search in a nontraditional way until I find an answer.” That helps explain why she was already looking for alternative treatments practically right out of medical school.

“When I was in private practice, which I began in ’85, I had a man in my building who retired and I wound up taking care of his patients, who were older. I had patients who had vaginal atrophy, who couldn’t even sit. They did not want to take estrogen because they couldn’t take the bleeding, and didn’t want the breast tenderness. And all I had to treat them were vaginal creams made by pharmaceutical companies that did not work—they burned.”

Dr. Maupin went to a compounding pharmacist she knew, and told him of the problems her patients had.

“He taught me the right way of mixing testosterone into Vaseline,” she said. “We did a compounded Vaseline-testosterone combo that they could use every night. And it worked. I fixed it, with the help of a compounding pharmacist (who I still see), and it was exciting because it was something different that nobody else was doing. My practice filled up so fast, which is great when you’re a new doctor.”

“When PMS became a problem women would actually talk about, OB/GYNs thought it was a psychological problem. I talked to my pharmacist, and asked what can we do with this. He suggested compounded progesterone. The only thing out there was progestin, which made people feel terrible. The compounded progesterone was in general 97% effective on PMS—and nobody was treating PMS back then. The pharmacist said you can adjust the amount of progesterone, and that worked. Don’t forget, this was in the 80s.”

In the 90s, Dr. Maupin had to take a test to be reboarded. “One of the questions was, is PMS a psychological disorder? And of course, the ‘correct’  answer was yes. It made me angry, once again, because all the way through history, women have been portrayed as hysterical. We have been labeled nuts throughout history to explain things men couldn’t explain.”

“Eventually, I was able to use progesterone suppositories. So that’s kind of where I started.”

But it wasn’t really where Dr. Maupin ended up.

“I was in my traditional OB/GYN practice, delivering babies and doing surgery and seeing patients in the office in 2002,” recalls Dr. Maupin. “It was not the first time I started using bioidentical hormones or alternative treatments, but it was when I had my own ovaries removed that I had a moment that changed my life. I understood how terrible it is not to have hormones. I was used to doing ten things at once, and suddenly I found myself unable to do one thing at once. I couldn’t do anything. I went to everybody in traditional medicine and nobody had an answer.”

It was through happenstance that everything turned around.

“Finally I was lucky enough to meet Gino Tutera, a fellow OB/GYN.” Dr. Tutera was known as a pioneer and visionary in the field of bioidentical hormone replacement therapy for men and women. Dr. Tutera opened his first PMS clinic in 1982, and after years of performing his own research, testing and analysis, he pioneered SottoPelle natural hormone replacement therapy, which he founded in 2002 based on his proprietary bioidentical pellet hormone delivery system.

“He just happened to be in St. Louis when I was ready to retire at the age of 47. His sister, who was a nurse at the hospital, looked at me and said, ‘You look terrible. What is wrong?’ And she introduced me to him.”

Dr. Maupin says within days of being treated with both estrodiol and testosterone pellets, she was better.

“I had tried creams, gels, sublinguals, every type of bioidentical hormones, I had used them for years, and I had given them to my patients. I had used them since 1986. So all of those things I had given to patients and had hoped they would help their quality of life after menopause, didn’t work for me, and I realized they probably didn’t work completely for them either. I realize this because I have had enough patients now, thousands of patients have come to me who have tried everything, and I’m the last resort.”

So, in 2002, Dr. Maupin decided that since this was such a wonderful treatment, many of her patients needed it.

“I would see people every day, gynocology menopausal patients, who absolutely positively needed bioidentical hormone treatment and evaluation for sexual dysfunction, and treatment of many other functions that I was trained to look for, and trained to treat, by Gino Tutera.”

It was those treatments that eventually transformed Dr. Maupin’s practice.

“From 2003 and all the way up to 2006, I was slowly adding more and more patients to my after hours and Saturday schedule. So basically I did two jobs. I was so passionate and motivated and I had my energy back, and was able to produce all the protocols for  my nurse practitioners and for me and for the other staff to follow. I would do that at night after my practice closed, because bioidentical hormones are not paid for by insurance. I explained that to patients and they were still thrilled to be treated because they actually felt better.”

Dr. Maupin built up slowly, continuing both her whole OB/GYN practice and her bioidentical hormone practice until 2010.

“I finally did my numbers, and realized I could make the change. From 2002 unti 2005 there was no income from the bioidentical hormones for me, I just reinvested it. But I had another source of income—my OB/GYN practice. I always paid my staff; I paid them per pellet insertion. They were able to make more than they would elsewhere. And I taught the nurses enough to adjust the pellet dose.”

“I was able to then develop the practice I’d always dreamed of: where I share the wealth with my staff, where people actually get better, and follow directions because they are better. If you make people healthy, they want to come back to you to see how much healthier they can get.”

Though she initially treated only women, Dr. Maupin eventually began treating men as well. “The women started insisting I see their husbands,” she said. “I took what Dr. Tutera had trained me in for men, then trained my staff. I originally didn’t think they had the need because men have other ways to get testosterone. But I only do pellets, and men getting pellets did not get the side effects—did not get heart disease, did not have higher lipids; they actually had lower lipids.”

Dr. Maupin says that by doing something unique and different, she was attacked by other doctors. “But I made sure I had the papers and scientific data that would keep me out of trouble.” It was around 2008 when she first got involved with AMMG, with its foundation in evidence-based protocols, where she fit right in.

“Out of frustration I found other ways to do things. I tried all these things for me but they didn’t work; then I started using pellets. I was always looking for a creative way to solve problems. I like getting to the truth; I’m kind of the Hercule Poirot of medicine.”

What disturbs Dr. Maupin is there’s a constant battle with the FDA. “Every day the FDA is trying to fight us, they’re trying to stop the compounding pharmacies. I think there’s a lot of us out there that want to do this stuff, but they’re afraid of the American College of Obstetrics and Gynecology—they’re like 10 years behind AMMG. We know things that others aren’t going to get for years.”

Ironically, she says, other doctors would get angry that she was helping their patients. “But these guys who were so against it are now sending me their wives.”

Return to the July e-Journal