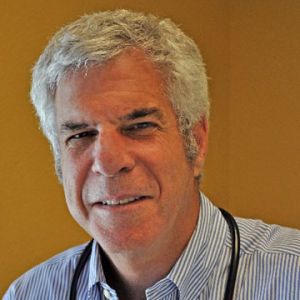 Dr. William Clearfield has 33 years of medical experience, but as a physician he has continually reinvented himself over the course of his career. What is remarkable about him, though, is that even as he has moved on to new things, he has never wavered from his interest and desire to find alternative and better means of helping his patients.

Now the Medical Director of Clearfield Family Medicine in Reno, Nevada, and Executive Director of the American Osteopathic Society of Rheumatic Diseases, Dr. Clearfield had to go through a learning process to get to this point.

A graduate of LaSalle College, he completed his medical training at the College of Osteopathic Medicine and Surgery, now Des Moines University in Des Moines, IA. He completed a rotating internship and served as an OB/GYN resident at Metropolitan Hospital, Philadelphia, PA and a Family Practice resident in 1982 at United Health and Hospital Services in Kingston, PA.

He recalls starting out as an OB/GYN resident. “We did what OB/GYNs did back then,” he told the E-Journal. “We did our hysterectomies, and then we would tell our patients they didn’t need progesterone anymore because they didn’t have a uterus, and then we would give them Premarin so they didn’t get hot flashes. I remember saying to one of the residents, ‘Half these women will come back in a year with breast cancer’ and we never put two and two together. It took us 20 years to figure it out, that synthetics were the culprit.”

But he was still on the right path. He was certified by the American Board of Family Medicine and opened a private practice devoted to family and integrative medicine. Dr. Clearfield obtained a certificate degree in Cardiac Rehabilitation from the University of Wisconsin/Lacrosse and implemented a supervised diet and exercise program for cardiac patients at Nesbitt Hospital in Kingston, PA. It was a struggle though, he said, because people in the area were suspicious of anything new and different he tried to do.

That didn’t stop him, and he graduated from UCLA’s “Acupuncture for Physicians” program, served as Secretary of the American Academy of Medical Acupuncture, and was editor of the journal “Medical Acupuncture” from 1994 through 1996. His 1992 treatise “Celestial Stems-5 Element Diet and Exercise Program,”  based on Traditional Chinese Medicine dietary laws, was well received in the complementary medicine community.

What really changed everything for Dr. Clearfield was when he was faced with major upheavals in his personal life, including getting divorced, and then trying to decide what he wanted to do. He took a bunch of little classes for CME credits, and coincidentally was contacted by a group that offered a weekend of anti-aging classes. In 2002 Dr. Clearfield attended a workshop with instruction on testosterone hormone replacement implants and neuromodulators for facial rejuvenation, and his career took a different direction. “I felt like they were talking right to me,” he said. He kept taking more and more classes.

Back in Pennsylvania, he found that area was still largely uninterested in his newfound knowledge. “A bunch of us started doing some hormone balancing, and we felt better,” he recalls. Emphasizing diet, exercise and a healthy lifestyle, Dr. Clearfield was the “go to” guy when other physicians, even specialists at NYU and the University of Pennsylvania were baffled, in his adopted hometown of Wilkes-Barre. But with nothing but continued resistance from the local population, he pulled up stakes and moved to Reno.

“It was like starting over with a clean slate,” said Dr. Clearfield. “I started over again from scratch at age 59. It was a whole different culture, but even there, there was a lot of resistance to what we do.” So he worked some side jobs, until the tide turned. “Now we have a waiting list.” He provides patients with successful treatment plans that benefit their health conditions and boost their overall quality of life.

Dr. Clearfield is proud of the growth of the American Osteopathic Society of Rheumatic Diseases, whose tagline is “we are the integrative medical subspecialty within the American Osteopathic Association” and is looking for big things to happen with that organization in the near future. And he has become a regular at AMMG conferences, doing the last lecture on Sundays for the last five years. He says what he’s working on now is putting together a package of recorded lectures of his own, after having become adept at using Zoom over the past year.

Meanwhile, his practice, where he’s been doing a lot of work treating patients with traumatic brain injuries, has an appointment waiting list backed up until September. “In fact we’re looking to hire more physicians,” he said.

Dr. Clearfield may be reached at doctrbil9@gmail.com.

Return to the June e-Journal
4