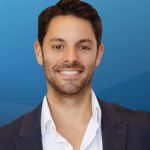 Dr. Elliot Dinetz recognized early on that targeting root cause health issues along with eliciting health strengths is the true path for optimal health and longevity. He has become a force in educating other physicians about clinical genomics and recognizing and treating risk factors.

“After having done that for a while, you keep seeing the bounce back of people who are not getting better,” he said. “It’s not rewarding about 85% of the time. In urgent care you have people coming in for something truly urgent and you were doing procedures for them.”

“The problems are two fold. The insurance system is more than broken; it is officially corrupted to the point where it’s not physician and patient related anymore—it’s business related. So that was the motivation to step away from that, but so is the fact that we really didn’t have answers to help people get better. We were just technicians.”

Dr. Dinetz reveals that he struggled with allergies himself, or so he thought. “Until I  learned in fellowship training that genetics can really help you with this, help you see what you’re not doing and what you’re predisposed to. I found those ‘allergies’ were really histamine sensitivity and detoxification stuff. I got answers to things I didn’t have before. So I started shadowing these people who were always heralded as these heroes, and that’s what medicine has always been to me and to everybody. I knew this was a specialty I had to pursue. There was just no question about it.”

How long did it take him to get fed up with traditional medicine? “It got to me right away — within a year or two,” he says.

“I got the experience I needed to from the urgent care setting, and all along I was lucky I had an integrated medicine program in my traditional residency. I’d always been fascinated with medical nutrition, looking at genetics, family history; that was never talked about, ever!”

Dr. Dinetz says it took a very short time to realize that there was so much he hadn’t been taught. “I learned from a lot of other people’s experience who had taken a lot longer to come to that realization  — others who had learned over the course of decades. These were their mistakes. They wished they had done it earlier, and I was determined to do it earlier.”

“It was the best decision I could have made,” says Dr. Dinetz. “Ever since then, my fascination with it took me to became a leading author and contributor for Psychology Today, which blends lifestyle and mind/body health.  I write on everything from the Covid pandemic to genetics. And from that I’m able to lecture around the country now, and I look forward to doing it internationally soon, to try and spread this as far as I can.”

Dr. Dinetz founded his practice, Timeless Health, in Miami—which just happened to be where AMMG was holding its conference. “I heard about it; it was here in Miami, so I and went to the Miami conference in 2018, and I loved it. I loved it because the faculty was fantastic. I met everybody, and liked them, and they were very open to having me get involved. They were happy to have me lecturing, and I’m one of the younger people to ever do that.”

Dr. Dinetz came from a family of veterinarians; he thinks his early exposure to medicine helped shape his future, as he always enjoyed health science. Upon realizing he wanted to work in human medicine, he attended Ross University School of Medicine, followed by training at Mercer University for Family and Integrative Medicine. His interest in leading edge and personalized care led to his pursuing further board certification in Metabolic and Functional Medicine.

“I graduated in 2016,” he says, “so in the five years I’ve been practicing, probably three years have been distinctly in the integrative health realm. I had the integrative medicine in training, which kind of allowed me to peek out the window of the conventional mindset to be really a comprehensive doctor. My concentration is really in within the genetic personalization, with age management and longevity, along with hormone optimization.”

Dr. Dinetz sees genomics as the key direction in which he’s heading, and he lectured about it at this year’s AMMG conference. He talked about how medical doctors are now using genetic technology in the healthcare setting to drastically improve the quality of care. He explored the evidence and case reports on how genetic variants (snps) are key to helping to address the risk of common and debilitating conditions from migraines, to obesity, and even cognitive decline.

Dr. Dinetz said detoxification is another area that really intrigues him, in conjunction with genomics. “I had a case of somebody who had high metal levels,” he said. “It’s not a question of their environment; you can ask them a million questions and they’ll say no to every one of them. Some people have great detox genes. It’s something you won’t know until they’re sick if you don’t have genetics.”

Interestingly, Dr. Dinetz revealed that he has been dealing with a difficult case: himself. “I’m seeing a person who didn’t know they were on the border of diabetes,” he said. “That person happens to be me. It was a real slap in the face. I ran the general A1C for blood sugar levels and I was not where I should be.” It is evidence, he said, of the role that genetics plays, and he has discovered that certain foods trigger him.

Return to the May e-Journal